In an office of a small and fast evolving web development studio located in Sochi our company has installed and configured a local server running under an open source software and securing all means necessary to host and test web sites at low hardware costs. For the web hosting management we decided upon a free and open source version of the Virtualmin dashboard.

As for an operating system, we decided upon a server version of Ubuntu. To a system unit based on Core 2 Duo that has long been out of use we have added some random­access memory and additional hard drives combined into a software­based RAID array. This boosted the productivity and made it possible to restore valuable data if any of the hard drives crashes.

On top of the Ubuntu Server 13.04 64bit we additionally installed an LXDE environment, providing a graphical user interface for a simplified server maintenance by the office employees. Thanks to the VNC technology, the server can work without a video display or keyboard. It does not require to learn any special terminal commands and can be accessed and completely controlled by any device. 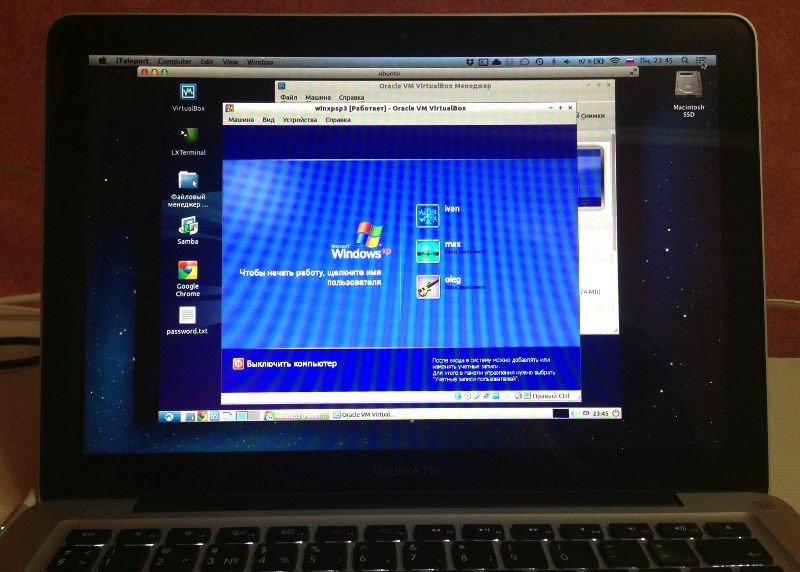 To test the web sites in the Microsoft Internet Explorer, we used an old licensed CD to install a virtual machine running under a popular Windows XP and guided by VirtualBox. After replacing the beta version’s terminal server library, this virtual system has become a terminal server, enabling multiple clients to get simultaneous access. Moreover, on the linux­server there were launched the samba services (to gain common access to files from all platforms) and CUPS (to gain common access to the printer). Thanks to the ArtPrint technology, wireless printing no longer requires installing and configuring any drivers; it has become instantly available for any Apple device connected to the wi­fi network at the office.

To manage the web sites, their hosting and domains, we decided upon the Webmin software platform along with the Virtualmin extension. Apart from the most stable and freshest versions of Apache, MySQL, Postfix and PHP, the Virtualmin complex enables each individual virtual server to use different versions of these and other popular services. This enables you to deploy comprehensive virtual servers under any domain name and make them available over the entire local network literally in a couple of mouse clicks. 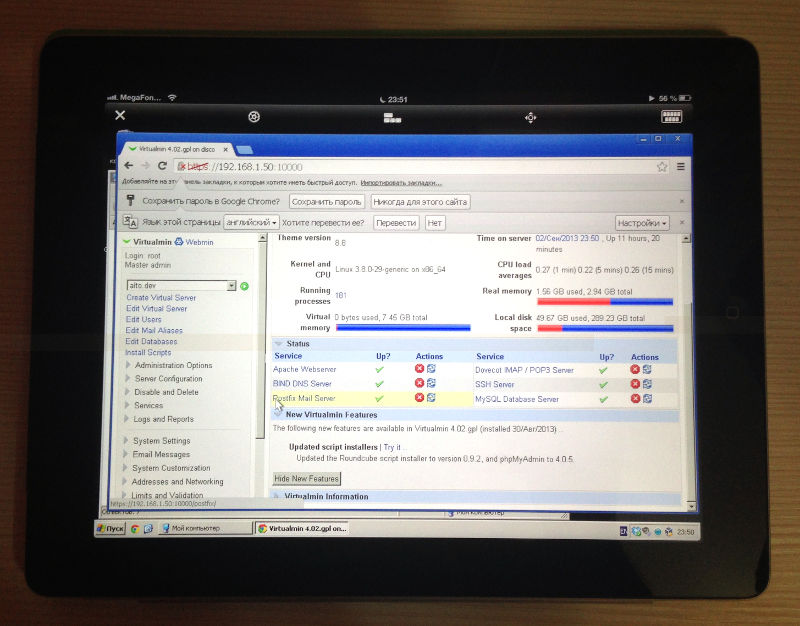 The photo above illustrates a browser with an Alto CMS virtual host administrative panel running on a Windows virtual machine via the RDP protocol. By using a local DNS server whose ip­address is registered in a router, the developers can avoid editing the hosts’ file; the virtual servers created via the web user interface instantly become available over the entire local network by their corresponding domain names. Meanwhile, the use of a no­ip service and the redirection of ports enabled us to open not only local access to all necessary services, but also the access from the outside network, and without charging any additional monthly fee for the static ip­address. At the same time, this provided the capability to quickly and easily call remote freelancing programmers upon the development of web sites, allowing them to access necessary files based on a strictly individual security policy.

The described scheme allowed us to optimize the process of development and testing of web sites without resorting to the services of hosting companies. Thanks to this local server that runs under an open source software, the web developer’s customers can now be offered an accomplished and minutely cross­tested product.